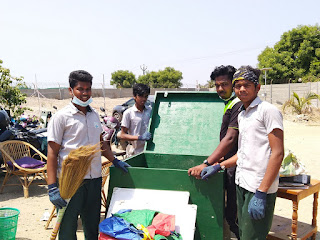 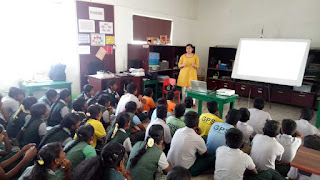 Pallavi Gill, Programme Officer visited Coimbatore from the 31st of March to the 2nd of April 2019. The three-day visit to Coimbatore began with an ORB Orientation with Aldin Anthony Montaut, Award Leader, Global Pathways School (GPS), Coimbatore on the 31st of March. The Orientation commenced with discussions on how to Register as an Award Leader and Participant, followed by discussions on how participants can choose their activities and fill in their logs. The session ended with an overview of the Award Leaders ORB responsibilities, the ways of assessing and tracking a participant’s progress in the ORB. 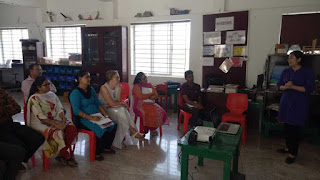 The second day, the 1st of April 2019, began with an inspection of Diaries of the young Award participants of GPS and a discussion on how to fill in logs in each of the sections. During the afternoon Pallavi Gill and Mr. Montaut went on a Community visit to the student’s villages to view the social environment and the impact the young participants have made in their community. The second day concluded with an Award Orientation for the participants of GPS. The orientations commenced with a Q&A session where Award Participants shared their views, experiences and any queries that they had regarding the Award. The orientation then began with an introduction to the Award Programme, the philosophy of the Award and its framework. The orientation elaborated on the Voluntary Service, Skills, Physical Recreation, Adventurous Journey and the Gold Residential Project. The session concluded with discussions on the benefits of the Award Programme and its power to bring about a difference in the lives of young people. 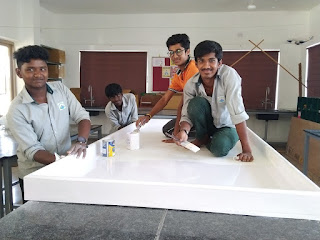 The 2nd of April began with an Award Orientation for the mentors at GPS in the morning. The Orientation introduced the Award Programme, the framework and the philosophy of the Award. Followed by an in dept discussion on, the Voluntary Service, Skills, Physical Recreation, Adventurous Journey and the Gold Residential Project. The session concluded with discussions on the benefits of the Award and responsibilities of a mentor.
During the afternoon, Pallavi Gill visited CS Academy, Coimbatore where the young participants resolved their queries regarding the Award. The discussion was concluded with discussions on the benefits of the Award, ideas for Service projects and the experiences of the Award Participants, on their recently concluded their Adventurous Journey. (Report next week, stay tuned!)