Bringing the Shine Back to the Shrine

One of the biggest impact of that global climate change has been on historical monuments in India, in last fourteen years (from 1998 to 2012) Indian army has spent around 450 crores rupees in Kashmir under their ‘Sadbhavna’ project, which includes money spent on restoration of shrines and local places of worship. 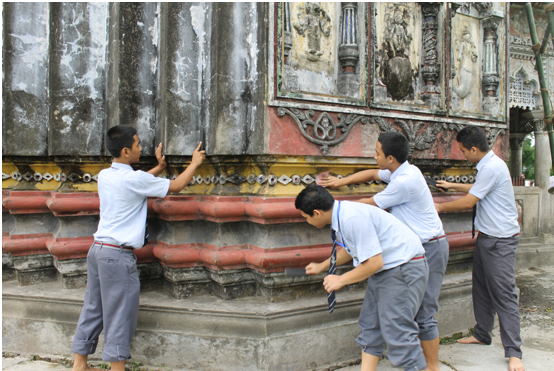 From the fact mentioned above it is clear, Indian government spends lot of the tax money on restoration and renovation projects. So to contribute this cause GEMS NPS International School’s Bronze Award participants decided to pick up the task of renovating, cleaning and painting a 600-year-old shrine Shri Shri Damodar Dev Satra located in the village Patbausi in Assam.

The shrine was destroyed in 1964 earthquake and was repaired by then Chief Minister of Assam and since then the shrine was left without any care. As part of the service activity of the IAYP Award programme, the students have volunteered to render their service to bring the shrine back to its glory.