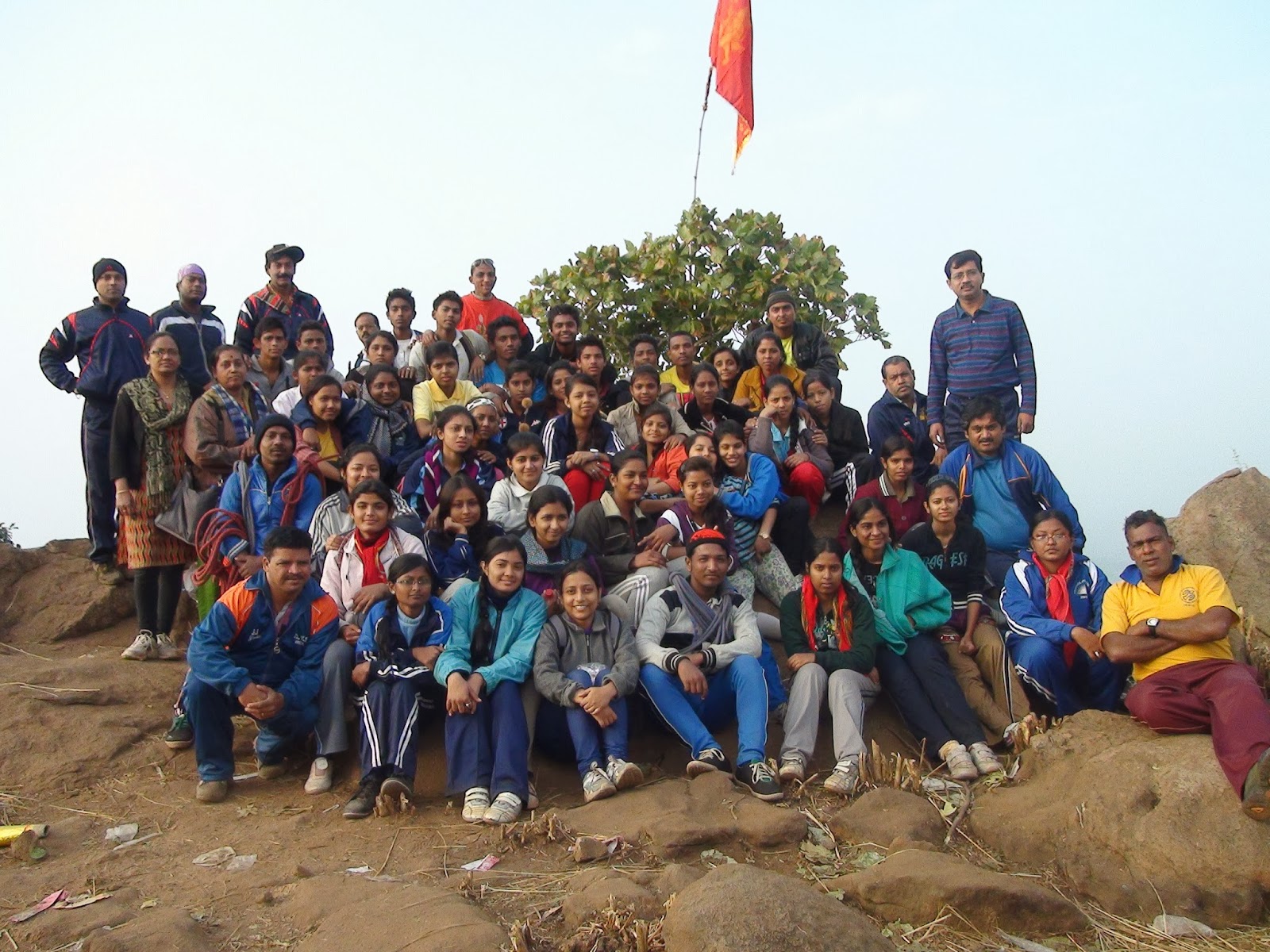 An Adventurous Journey Camp was conducted at the Matha Hills, Purulia, West Bengal from 13-16th January 2014 for the socially and economically marginalized youth. The camp was attended by 43 Award participants including 5 Gold, 14 Silver and 24 Bronze aspirants from All Bengal Women's Union Home, Kolkata; Emmanuel Ministries, Kolkata and Sri Sarada Math, Kolkata. The camp was organised and executed by National Award Authority under the supervision of Bivujit Mukhoty (Programme Manager) with the support of the instructors from The Institute of Climbers and Nature lovers (ICNL). Md. Manjur, a Gold holder from Emmanuel Ministries also very kindly volunteered during the camp.

On 13th January the camp started with a briefing session by the instructors about the camp. The participants then marched for a short trek through the Matha forest to the footsteps of Matha hills. The post lunch session began with a practical class on equipment used in mountaineering and knot making.

The next session was on tent pitching. Pitching a tent is an integral part of camp life. The campers learnt how to pitch a tent as well as the names and shapes of different tents and where to pitch. They also learnt tent manners and etiquette! In the evening session, the instructor conducted a session on Camping and its impact on a camper's social life. This was followed by a session on Mountain ethics and objectives. The participants got their views and queries clarified by Mr. Mukhoty.

Early the next morning, all the participants took part in a session on physical exercise. This was followed by a session where participants got basic information about climbing. The team gathered at different rock faces for rock climbing basics. Under the able guidance of ICNL instructors, the participants learnt different features of the rock faces and the techniques of basic rock climbing with and without ropes. The students climbed different types of rocks successfully. After the rock climbing session Mr. Mukhoty took a session on nature study on the way back to the camp. He described the features and the topography of the Matha Forest including the flora and fauna. The post lunch session started at 2.30 pm. when the team moved for a practical session on making different types of rope bridges like Single Rope Bridge and Burma Bridge - suited to various situations for crossing rivers and gorges. They crossed a tiny stream after making a rope bridge independently.

The evening session started with a theoretical class on Mountain manners / hazards and its remedies. The participants learnt how to observe and enjoy the beauty of Mother Nature without harming the environment. The ICNL instructors took a session on planning an expedition. That was a vital class for all the campers. The participants learnt how to make a plan, how to budget an expedition, how to select the team, how to get logistic supports, what to take, what to avoid etc. This interactive session was enjoyed thoroughly by the participants.

On 15th morning after attending the physical exercise session and breakfast the team trekked to reach a rock face located just under Math Hilltop, at an altitude of 1800 ft. The participants climbed up the 300 ft rock face with the help of west harness ropes, crabs, descender and crash helmets. The feeling of reaching the top was as though they were on the top of Everest!

This was followed by a rappelling session, one of the most attractive and fun filled sessions and the participants were very excited. A practical class on river crossing (Tyrolean Traverse) and monkey crawling was designed for the participants. The participants participated wholeheartedly in the class, learned a lot and demonstrated the technique in front of all the instructors. There was a practical class on self cooking. Participants learnt how to make fire and how to cook without utensils if they were to survive in a jungle, stranded in the midst of forest or rocky hills.

The evening session was the most awaited and enjoyable camp fire. The participants organised a colourful cultural programme. Participants performed recitation, song, mimicry, mime and dance.

The last day of the Camp was full of activities. Early morning the participants started climbing to Matha Top (665 mts). The participants took part in Chimney Climbing on the top of the Matha hill under the supervision of instructors. The team crossed several mountain obstacles in an unusual route. The students felt the magnitude of nature when they heard different sounds came from different birds and other creatures. The participants also took part in the cleaning drive at the top of Matha Hill. They collected and burnt out the waste left over by the pilgrims who came there on the occasion of Makar Sakranti. On their return the participants wound-up the camp site and cleaned the temporary kitchen and toilet and the camp area. Around 5 pm the team left the campsite and departed for Kolkata.  Click for pictures
Posted by The International Award for Young People at 1/22/2014 09:42:00 pm