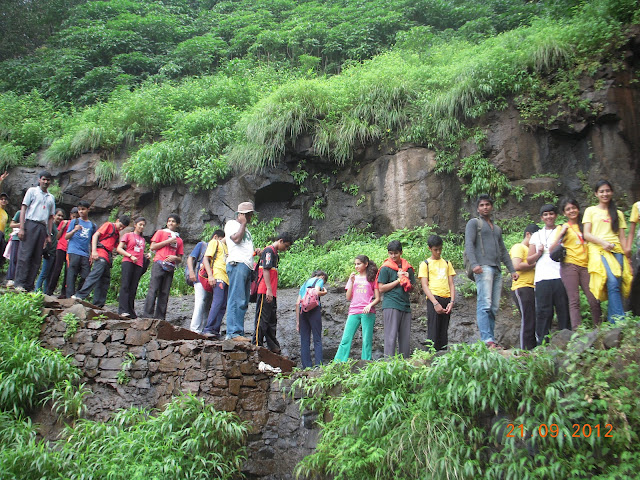 Matheran is the smallest hill station in India, located on the Western Ghats Range, 90 km from Mumbai.

The Silver Awardees, accompanied by teachers, trekked down a near vertical cliff to reach a village named Hatta Chi Patti. Before returning to the base camp, a session on mountain manners was conducted for the awardees at the Hanuman Temple located in the village.