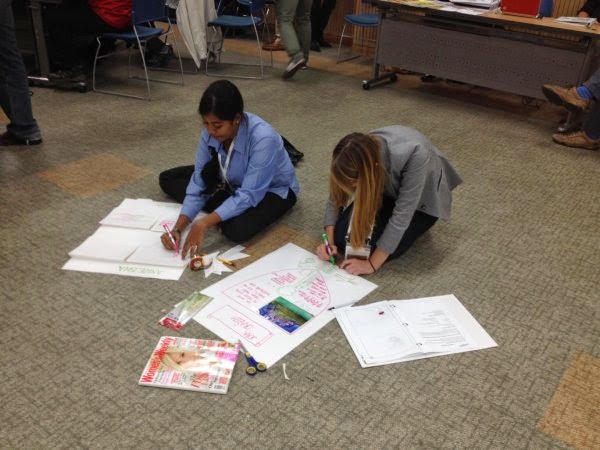 While travelling to DMZ we met a person who gave us a great insight about how South Korea has grown and developed in past couple of years. He has a dream of finding all the land mines from the restricted areas and plant trees in their place so that next generation can wake up with the smell of beautiful flowers and not to the screams of frightful war slogans. We were amazed to see how they take an extra step in preserving their environment. We also visited World Peace Bell Park in Hwacheon city where the Bell represents peace for the Korean people and for other countries too. While travelling in South Korea when I introduced myself as a representative from India each and every person welcomed me gladly. They were really grateful to India for all the support South Korea has received from our end especially during the War of 1953. 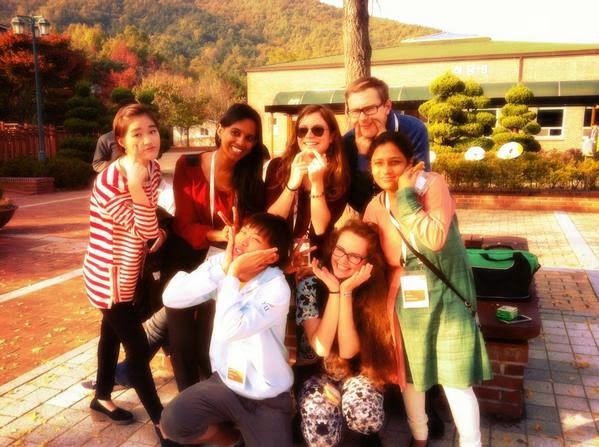 It was an extraordinary experience for each participant as we worked with people from different countries which in turn enriched them with exceptional leadership skills. I realized a leader is not only about giving commands or orders but sometimes a leader should play a role of an observer also. At the end I realized that we cannot do anything individually a little bit of cooperation, help, understanding of each person can make any small beginning into a big one. So, we are all leaders and we believe that we cannot change our past but can surely shape our future.

International Gold Event 2014 Korea was an occasion where 75 individuals from 43 countries came together to drive forward the Award’s growth and development in the coming years under the theme of “Leadership for a transformed Award”.

It was indeed a memorable day when I got the news from Mr. Bivujit Mukhoty that I have been selected for International Gold Event, 2014. Since 2006 I have been involved with the Award Programme through the special project named Sri Sarada Math, Rasik Bhita. I felt so fortunate to have travelled in air for the first time and it was really a special moment in my life.

We worked with multinational group of participants with whom we visited different places in Korea to gain insight into the Korean culture. It was during these trips that we came face to face with the diverse challenges faced by Award Leaders within the Korean society. Our trainings were all activity based and were conducted by Mr. John May (Secretary General, The Duke of Edinburg’s International Award Foundation), Rob Oliphant (Regional Programme Manager, Asia Pacific) and Tim Smith (Head of Operations Support and Service Development). Through the sessions we learnt how to work in a team, work as a leader and developed skills for setting up social projects.

At the end of the global event we prepared a presentation on what we had learnt during the course of the event and were asked to present it to a panel headed by the Earl of Wessex, Prince Edward and many other officials from the International Body of Duke of Edinburg’s Award. Our topic of presentation was based on Environment for which we visited Demilitarized Zone (DMZ) and Otter Research Centres in Hwacheon. It was a red letter day in my life when I came to the DMZ as it was an unbelievable experience standing with the South Korean soldiers. Before coming to IGE I had no knowledge of otters and their importance in our environment. 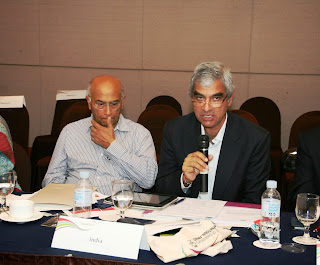 During the Regional Conference, John May, Secretary General, The Duke of Edinburgh International Award shared future direction of the Award. A focus of the Award going forward was to create an opportunity for all eligible participants across the world to participate in the Award by 2026, the same year the International Award will celebrate 70 years since its establishment. Keen focus was also put upon breaking the barrier present within the societies in order to make the Award more accessible for young people who are in need, or belong to the marginalized community.

The activities to celebrate the 60th anniversary of the International Award in 2016 were shared with the delegates. Newly launched International Online Record Book was also a topic of discussion in the conference, where its positive impacts and drawbacks were discussed. 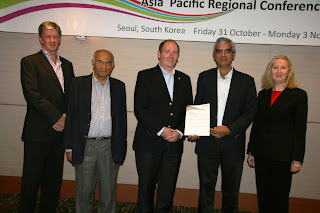 John May also presented our National Director Kapil Bhalla with the Full License Certificate from The Duke of Edinburgh International Award.
Posted by The International Award for Young People at 11/11/2014 03:39:00 pm No comments: 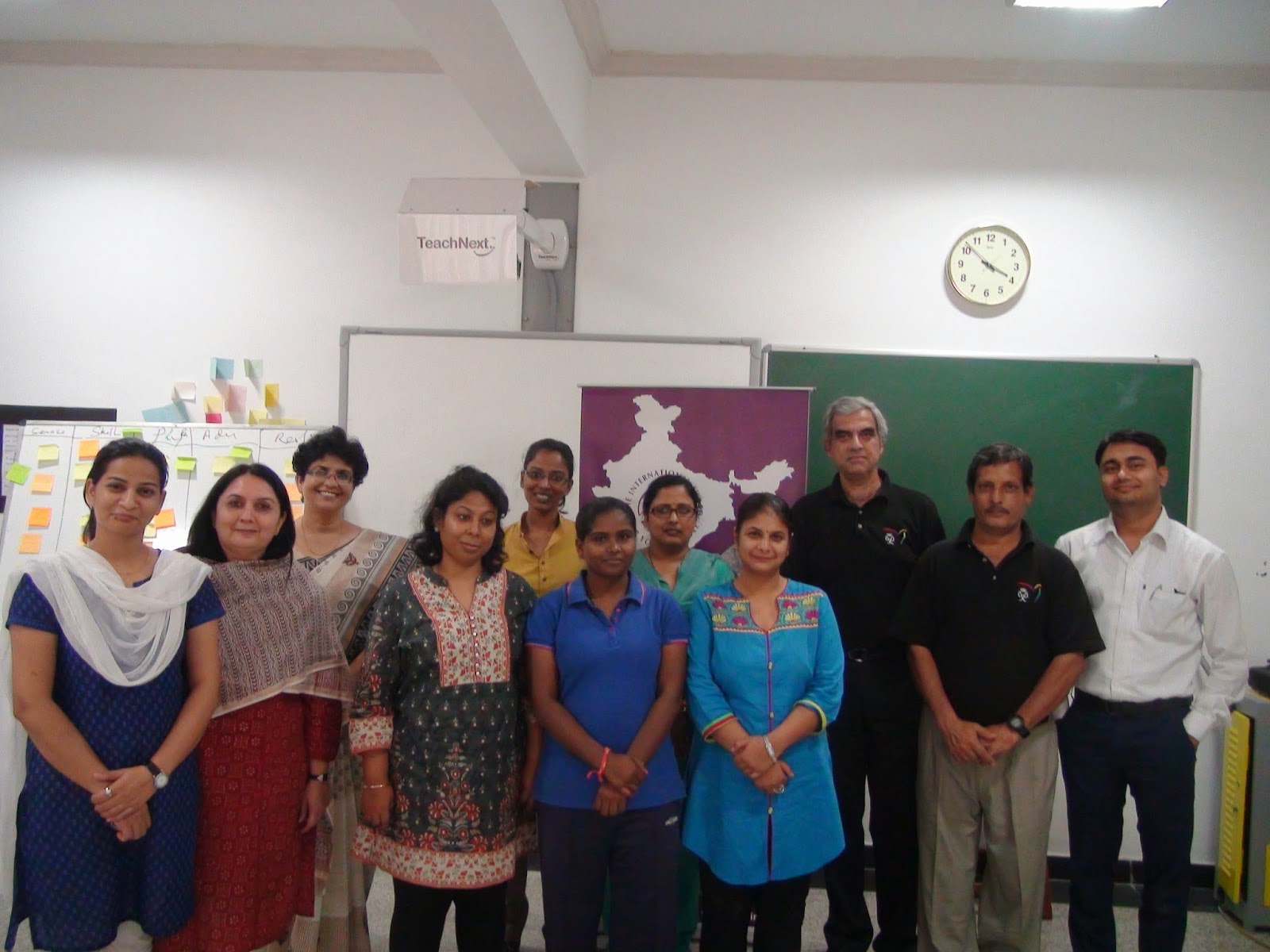 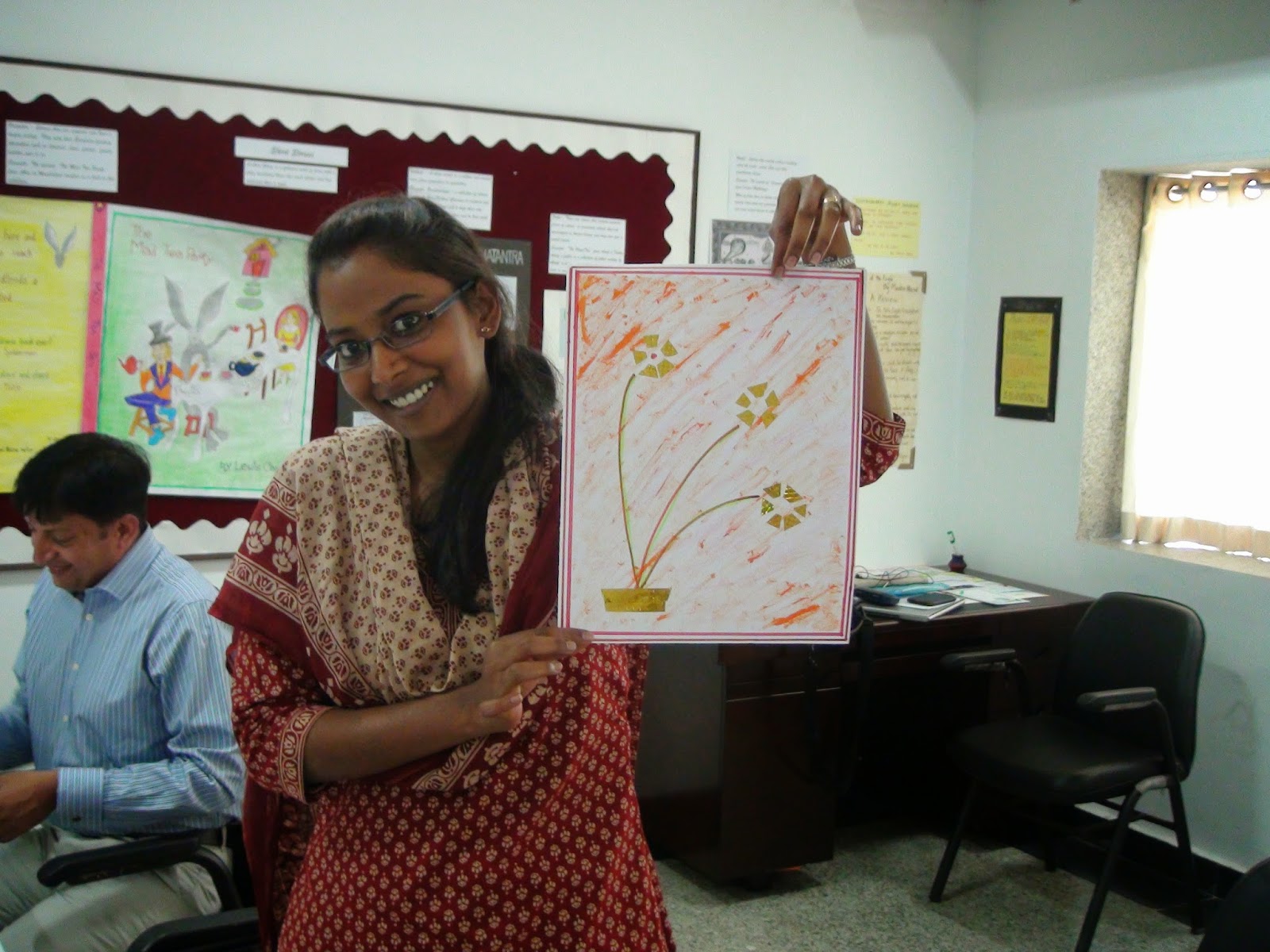 The workshop was attended by ten participants mainly from the host school and also from New Digamber Public School, Indore. The workshop completion certificates were presented to the new Award Leaders by Tulsi Bhatia, Principal, Heritage Girls School, Udaipur.

Email ThisBlogThis!Share to TwitterShare to FacebookShare to Pinterest
Labels: training 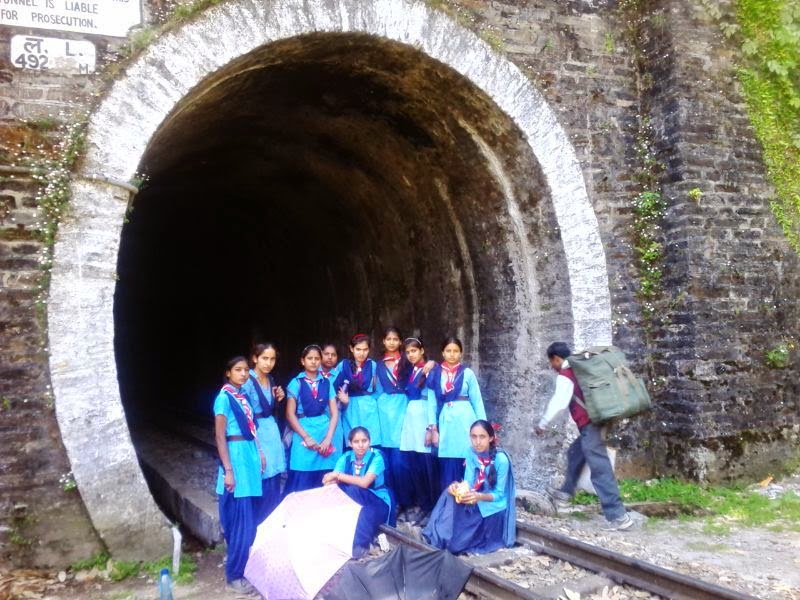 Award participants of Govt Senior Secondary School, Kot Fatta in district Bhatinda went for a trekking camp held at Tara Devi in Shimla under the expert guidance of Mrs. Harpinder Kaur Brar, our Award Leader. This was our first camp outside Punjab, and we were very excited.

Our tour started on 19th May 2014 with a train journey from Bhatinda to Kalka, and then on to Shimla on the famous "toy train" -- our first experience on such a train.

The scenic beauty visible from the train was something we had never witnessed before. There were mountains all around us and it felt as if the train was moving like a serpent in a wild forest of tall, green trees with monkeys swinging from branch to branch. After six hours of travelling we reached Tara Devi station. Then we went to our scout centre where we were offered lunch. After having tea and snacks in the evening we were feeling quite fresh and ready to begin our adventure. Our camp in-charge told us about the rules and regulations of the camp and gave all guidelines and schedule of the camp.

Early morning of 21st May we started our day with exercise at 8 am after which we took our breakfast. There was halwa puri for breakfast and it was quite yummy. This was followed by playing outside games like cricket and football.

Next day after breakfast we all were ready for our  hiking and trekking programme. Everybody was charged up to climb the mountains. While climbing, students used sticks for self protection and to clearing their route. The track was quite steep and tough. There was thick jungle all around and it seemed as if we were passing through clouds. While trekking we also saw a helipad. Our instructor told us that water would be our best friend during the trek. We thoroughly enjoyed our trek and also the welcoming nature -- it was a lifetime experience. In the afternoon we reached the Tara Devi temple. After doing our prayers we took our meals and started our return journey back to our scout centre.

On the third day, we had lots of fun participating in various activities like hide and seek, group activities, learning safety knots, tent pitching and a flag ceremony. All the activities were new to us. At night our teacher organised a camp fire and everybody participated in singing and dancing around the fire. It was as if we were in a different world. Next day we went back to Shimla, where we visited Lakkar bazaar. That is where we purchased gifts for our friends and family. We went horse riding on the Ridge and visited the Tibetan market and Sankat Mochan temple. While returning to our camp, everybody was very tired, we had our dinner and soon went off to sleep.

It was on 25th May that we started our journey back to Bhatinda.This adventurous trip was the most unique journey we had ever been on, we learnt about parts of our life that we never knew existed. We reached our school with lots of new experiences and good memories from the trip. The trip was full of thrill and excitement. We will always cherish our trip.
Posted by The International Award for Young People at 11/05/2014 06:14:00 pm No comments: