Experience the 'Land of Tigers'

Have you ever heard silence, the chirping of the birds, felt each drop of water, listened to the sound of wind? All of the above is at least not possible in the busy city life. 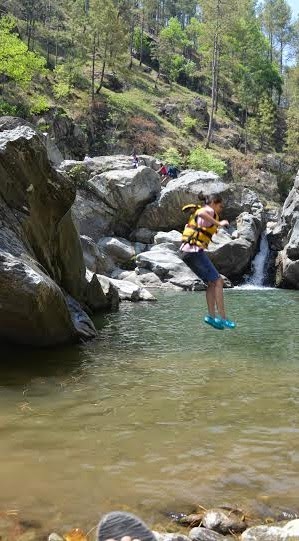 Peace, nature, adventure and fun cannot be put into words they have to be experienced. Camp Hornbill at Jim Corbett National Park situated in the lap of nature, gives a new definition of life, which is beyond the entire muddle.  The four days adventure trip organised by our school, Uttam School For Girl, provided us with the best opportunity a student can get while being a member of the International Award for Young People. This programme has taught us that service and fun can go hand in hand, for which our adventure trip can be the best example. It was an exuberant affair backed with ultimate fun, adventure, and orderliness. The morning started with ‘Bird watching’ in the jungle. We could identify at least 27 different species of birds with the help of binoculars. Mountain biking was another fantastic experience. Rappelling and river crossing in a wild forest was a difficult task, but was made simple by the adept and experienced instructors. The day out brought with it a sense of independence, as preparing your own food in the forest gave extreme satisfaction. Interaction with the neighbouring people helped develop knowledge about their cultures. The sweet folk songs sung by the children forced us to shake our legs. 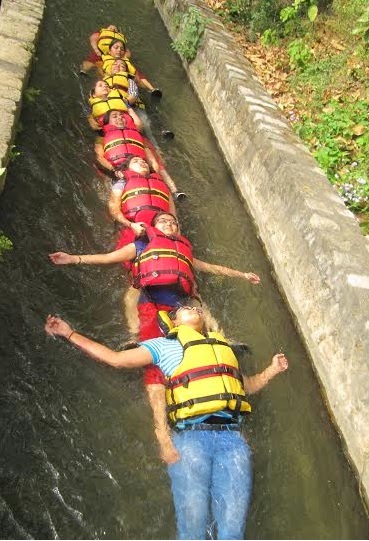 Body surfing in Ram Ganga canal was an unique experience. We learnt to support each other and work as a team. We ensured that every activity was not only successfully but was also completed by each and every one of us. We also worked with an NGO,”The Waste Warriors” in the village. They showed us how animal waste, dry leaves and waste food from the resorts could turn into organic manure. We are planning to start the same within our school premises. In the evening there were many team building and leadership games which kept us in high spirits

Campfires at night were enthralling sessions of laughter, discussions and jungle stories. Unconditional love and care given by the teachers and instructors made us feel homely. I thank IAYP from the bottom of my heart as they were the reason for this trip to actually happen. By and large this trip will be admired by each and every student, tears rolled down while leaving the place.

This is an experience shared by Brinda Gupta a Silver Award participant from Uttam School For Girls, Ghaziabad.

We would like to congratulate 33 Bronze level participants who were awarded their certificates and badges organized by their school OP Jindal School, Rajgarh. According to the school the Award ceremony serves as a perfect platform to appreciate the participants’ hard work and their strong will & determination to come out of their comfort zone in order to achieve all-round development. Principal RK Trivedi congratulated the students and further motivated them to continue with their journey by participating in activities that encourage collaborative learning and helps in bringing change in the community. 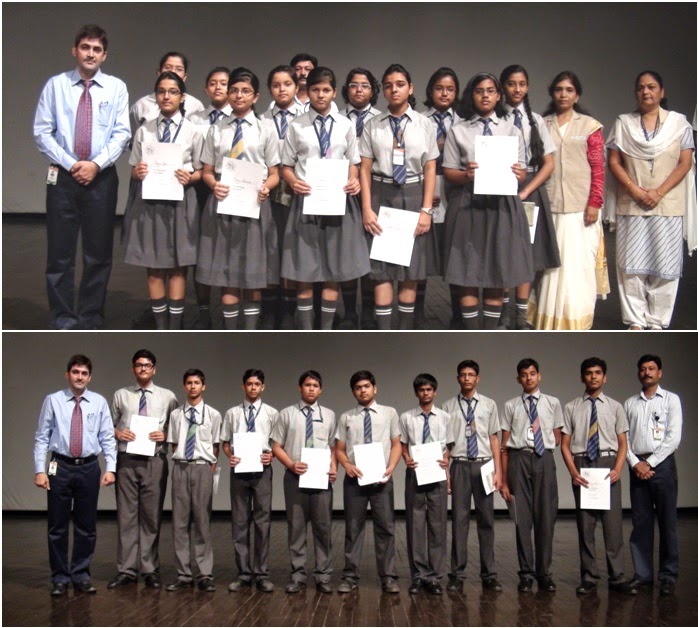 The story of an extraordinary volunteer

Babar Ali lives in Murshidabad, West Bengal. He attends the Raj Govinda School, a 10km auto-rickshaw ride away.  He is the first person in his family to go to school.  He is 16 years old and he is a model student. But it’s not what he does at school that is so extraordinary.   It’s the volunteering he does when he has left the classroom.

When he gets home at 4 o’clock each day, Babar Ali rings a bell.  At first they came in a trickle, but now 800 children from poor families line up in the yard behind his house, for lessons from Babar Ali and 10 friends from his school.  After singing the National Anthem, the students settle down to their studies.  There is no charge and no trouble.

Babar Ali is called the youngest headteacher in the world.  He knows that without an education these children stand little chance.   He is an extraordinary volunteer.

CHENNAI: The first thing that strikes one at the Olcott Memorial School, apart from the vast and mostly unbuilt campus, is the teacher-student relationship. The children joke around with the teachers, who know all the students, around 500, by name. “We love the school,” says Nivedha, a Class 11 student who was busy in the tailoring room. 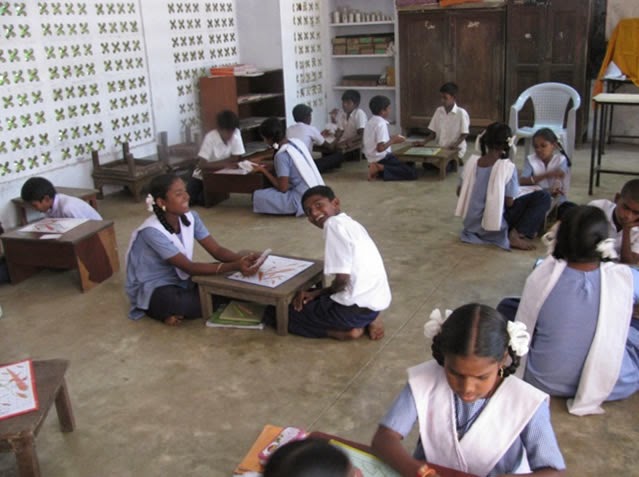 “We are probably the only free, private and Tamil medium school for poor children. In fact, the authorities came to ask us to include children through RTE because we are a private school and could not fathom how everyone here is studying for free,” says the director, Lakshmi Suryanarananan.

The school was started by Colonel H S Olcott in 1894, who wanted to provide education to children whom nobody was prepared to teach because of their caste, who were considered untouchables. It is supported by the Theosophical society and runs on donations

The school itself is old but the activities are constantly updated, with computers, Math labs and new learning material. Uniforms, meals and books — all are provided to the children, and there are regular volunteers who come on alternate Saturdays to conduct classes including value edu, computer training and personality development.

The children, who mostly come from the nearby slums and fishing colonies, are first generation learners. Some want to become chartered accountants, some want bank jobs. But some are grounded with the problems they face. “I will do whatever my mother decides for me,” says one young girl.

The campus is a second home for the children, after school some run around playing and some are busy — tailoring, jewellery making, screen printing, tailoring. Some of them make use of their learning and even sell the glass paintings and jewellery that they make.

The students are encouraged to play many sports — the school even has a rugby team and the 10-year-olds were taken to Kolkata for a tournament. Frisbee, kabbadi and hockey too find a place here apart from the usual sports.

Many of the old students have come back as teachers — R Lalitha is one of them, she is now assistant headmistress. She also works as a counsellor, helping the children tackle their emotional problems and adolescence.

“We have grown up in the same background these children did so we relate to their problems, and they are also able to open up to us very easily,” Lalitha says.

The freedom and peace here make both teachers and children get attached to the school. “There is no corporal punishment, and the children can walk into the headmistress’s room whenever they want,” says Lakshmi. “The students often come back years later to meet us, and this keeps us motivated,” she adds. 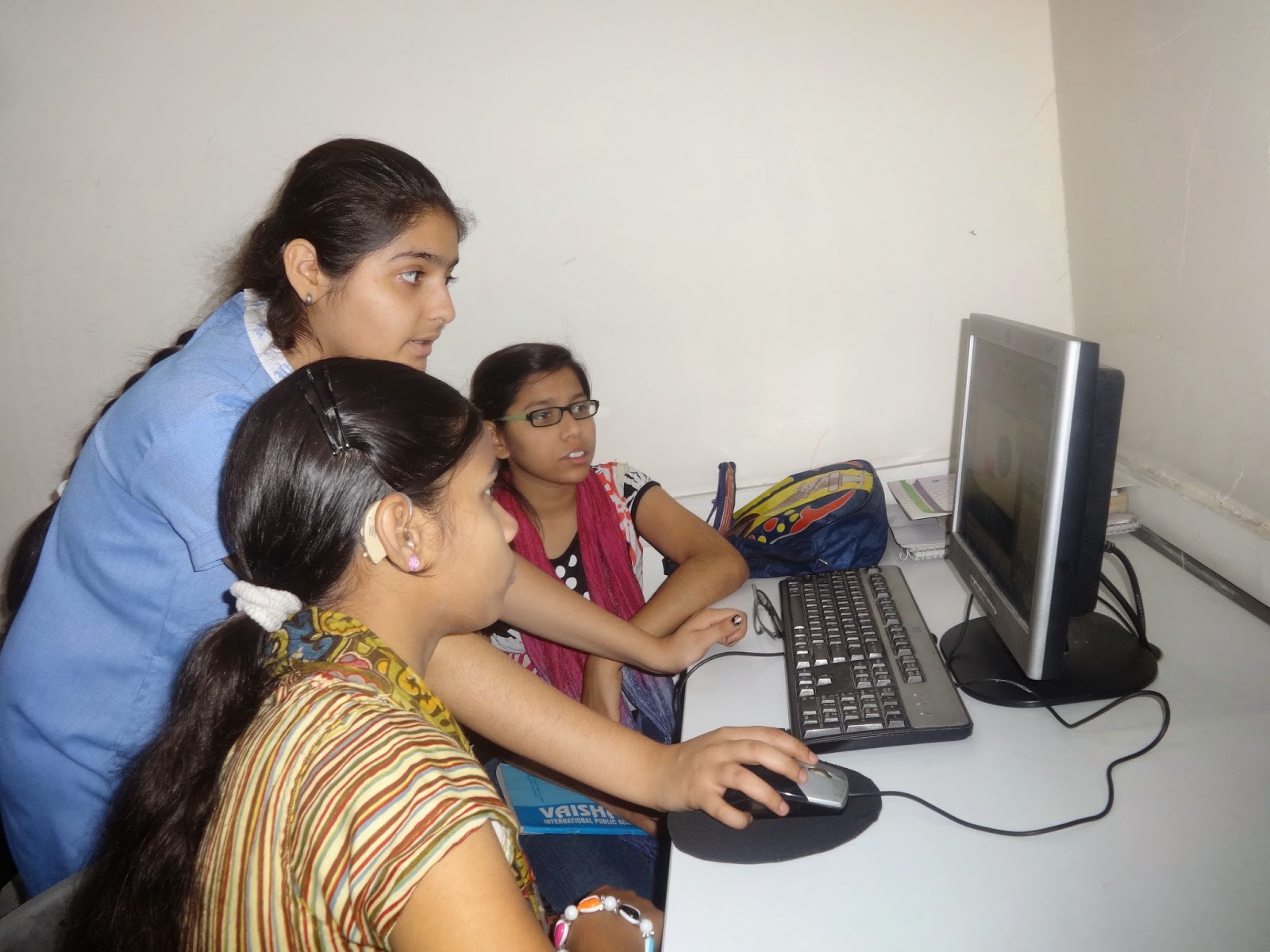 Community service has been an integral part of the various activities done at Uttam School for Girls, Ghaziabad. Serving the community also has a positive effect on the personal development of the students. It provides opportunities for students to become active & positive contributors to society.

Under the “International Award for Young People” programme the students were actively involved in community service during summer vacations during which they taught English, communication skills, computer skills and basic etiquettes to the children from Sewa Samarpan.

The students of the school have displayed exemplary leadership qualities by planning, organising and executing all the programmes effectively. Their sincerity and dedication to provide knowledge to the children has been commendable. They used visual aids like videos and books to give grammar knowledge & help the children in spoken English. There were a number of counselling and interaction sessions that made the children comfortable and that facilitated them to speak confidently. 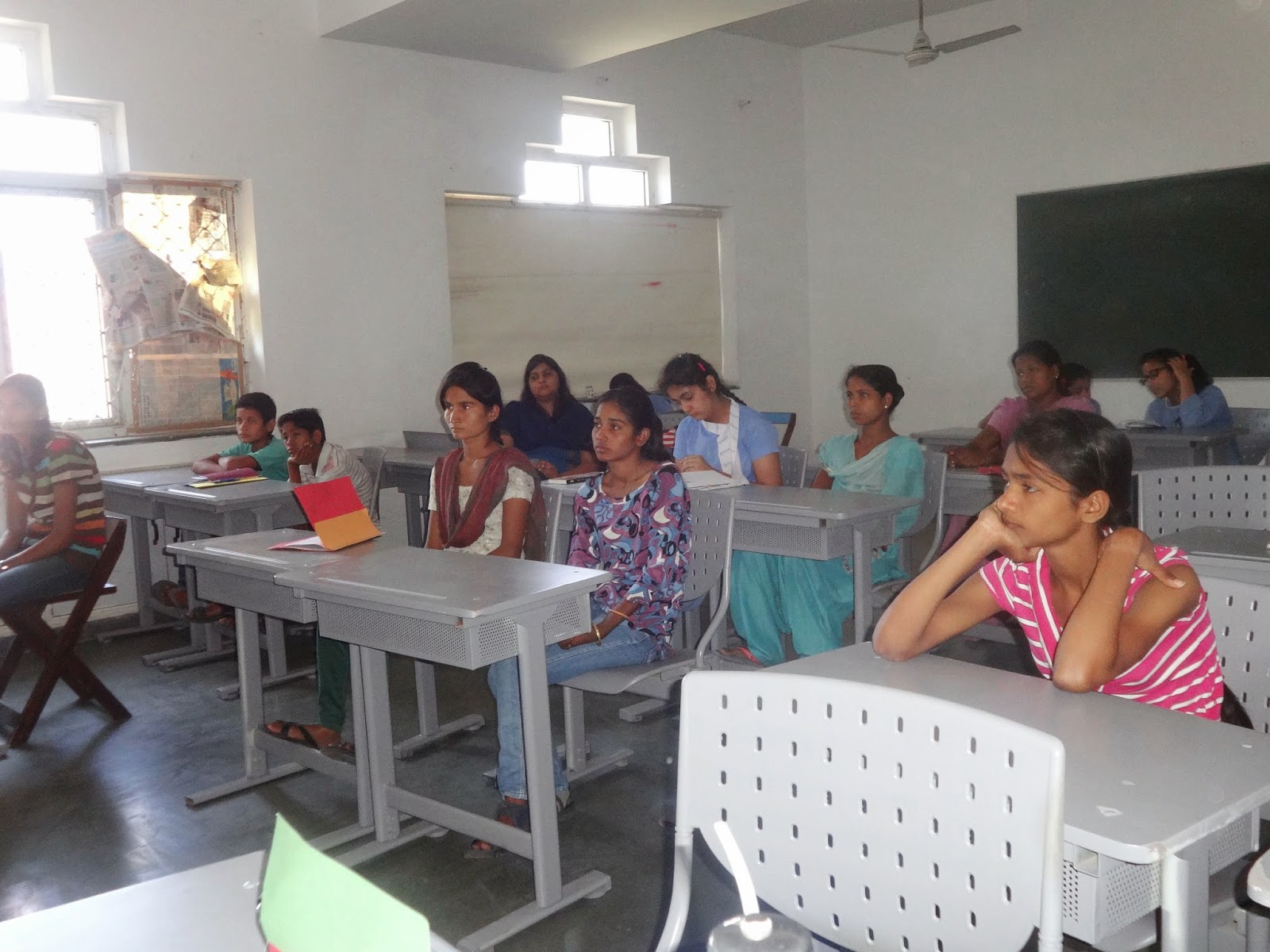 Learning was also made an enjoyable experience for the children by showing movies and biopics giving self motivating messages. They were also involved in learning music and dance. Children enjoyed the sports activities like relay race, athletics and other ball games. There was a quiz session on social issues and the children also spoke about the importance of educating girls. Assessments were designed to evaluate and adopt other strategies that could make the programme more effective for the next lot of IAYP participants.

The helpers from Uttam School for Girls also had an active participation in the programme. They diligently took part in all the activities and put in efforts to improve their own communication skills. Overall a friendly and open atmosphere was created for the children that made learning a memorable experience for them.

Meet & Greet with the queen of the hills of Uttarakhand 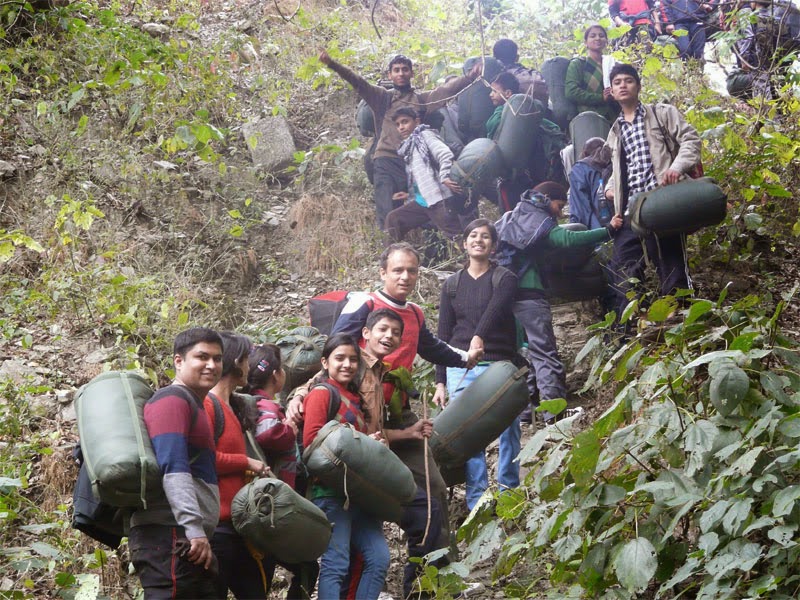 Landour, a small cantonment town contiguous with Mussoorie, is about 35 km (22 mi) from the city of Dehradun in the northern state of Uttarakhand in India. The twin towns of Mussoorie and Landour, together, are a well-known British Raj-era hill station in northern India. Mussoorie-Landour was widely known as the "Queen of the Hills". It is where a group of forty IAYP Silver level participants from Purukul Youth Development Society, Dehradun along with five escorts went for their Adventurous Journey and for them it was an experience they will never forget.

Their journey included a 16 km trekking from Rajpur to Landour, where they set up their base camp. This was was followed by a 12 km trekking to Khattapani and Ladur the next day and that is where they cooked lunch on fire. After returning back to Landour, next night they organized a cultural evening along with local children from an orphanage nearby. The final day involved a trek back to their home city of Purkal via Jhadipani and Rajpur.

The Doon School: The first of many 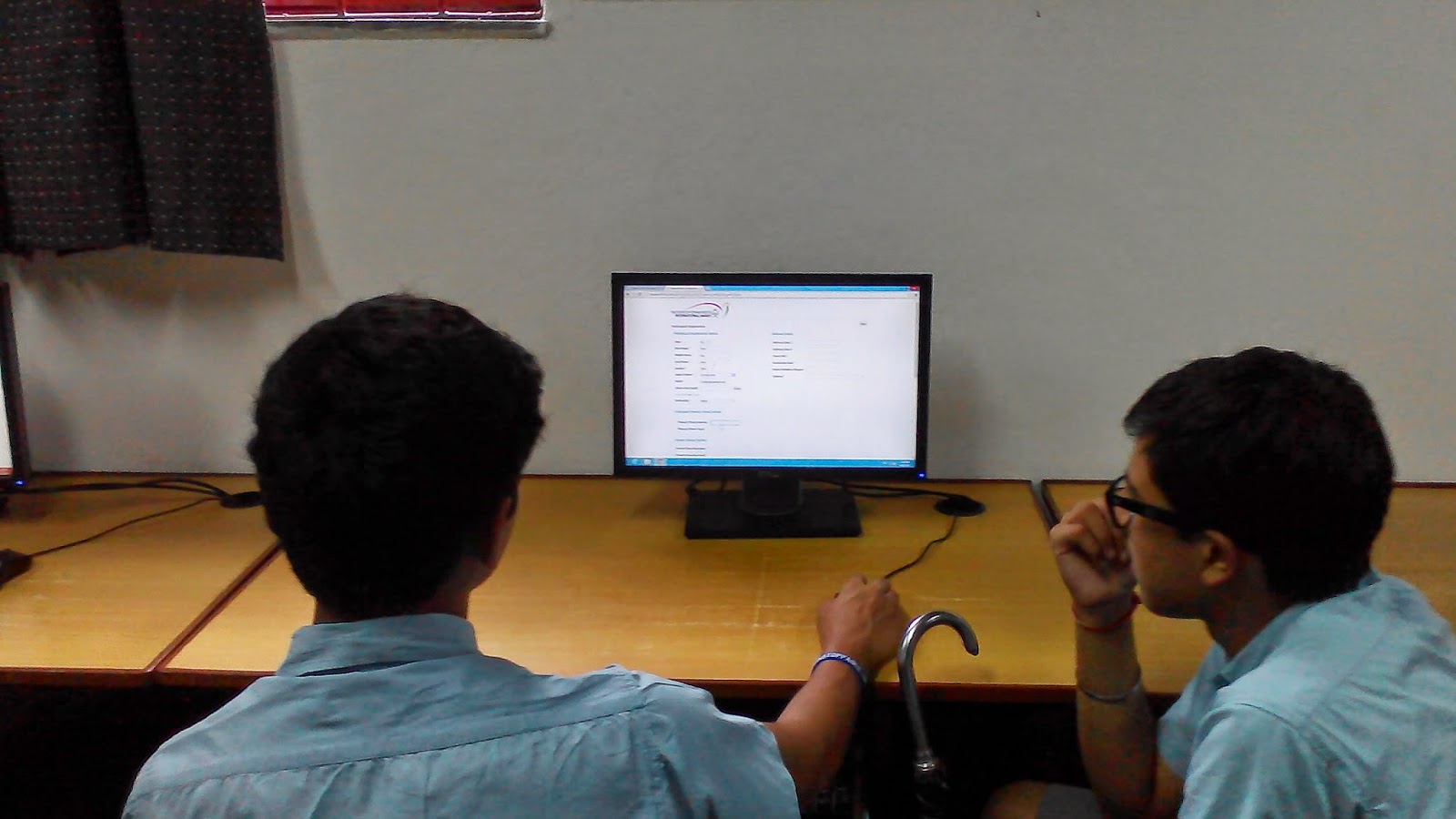 Yesterday, The Doon School has become the first school in India to start the online programme of International Award for Young People. The Doon School became the first YES Centre to officially undertake Online Record Book on July 31, 2014 and today on August 05, 2014, 52 students registered online for the Award.

First batch of 52 students (21 Bronze, 23 Silver & 8 Gold Level participants) registered for the Online Record Book. Now students can complete their Award journey by making required entries online. This will help in smooth running of the Award amongst students, Award Leaders and mentors.

Mr. Vinay Pande, Senior Deputy Headmaster of The Doon School was the guest of honour for the event. Mr. Priyank Gupta, Head IT and ORB for IAYP India was also present on the occasion. 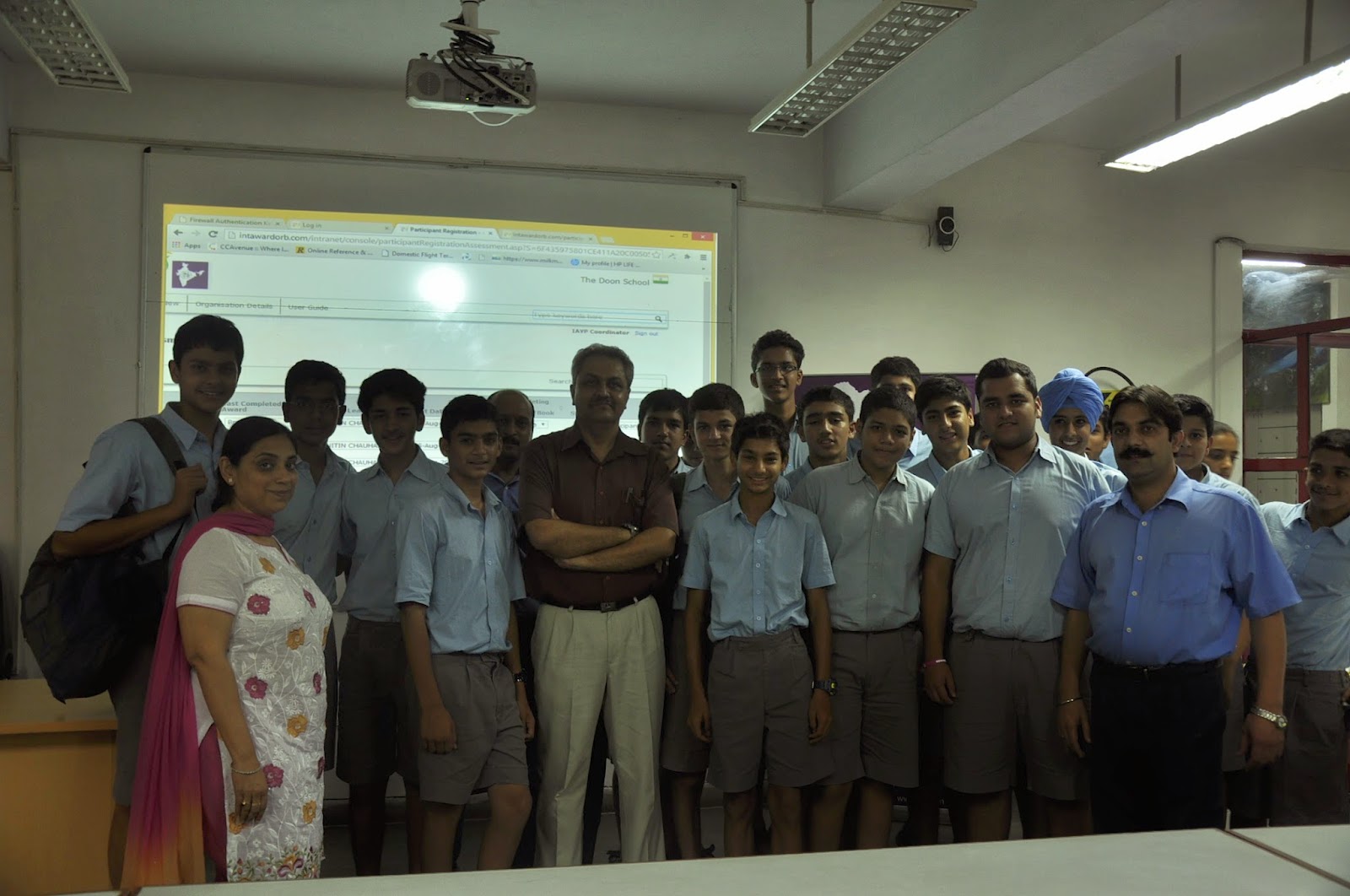 This launch has brought India in the club of a few countries doing the Online Record Book for IAYP in the world. 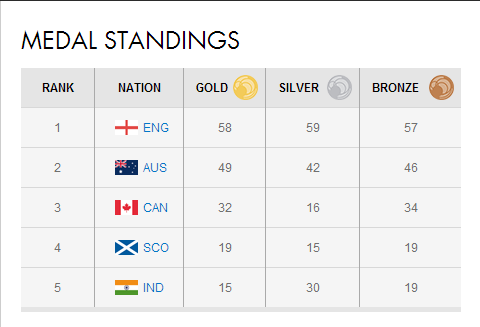 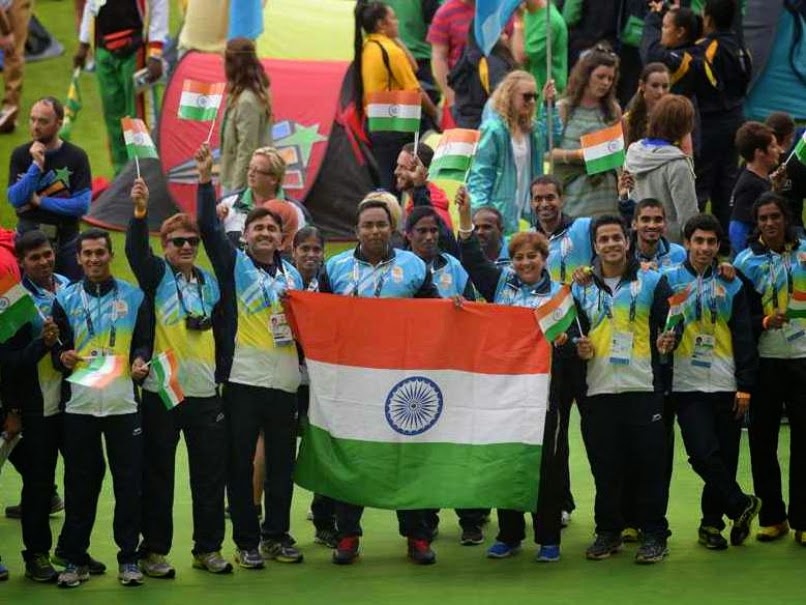