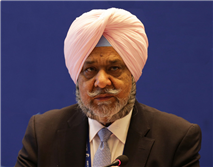 In 2000 he was awarded a D.Litt. in sports science from Lakshmi Bai National Institute of Physical Education, Gwalior, India.
Posted by The International Award for Young People at 5/20/2015 10:30:00 pm