‘OOTOPIA’ at the Ooty Lake 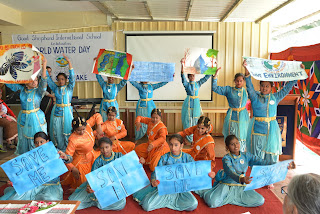 On the 22nd of March, 2018 the Award participants of Good Shepherd International School, in liaison with the Citizen Voluntary Group Make Ooty Beautiful, celebrated the World Water Day at the Ooty Lake as ‘Ootopia’: a dream for an eco-friendly and culturally sensitive Ooty.

Attracting almost 3 Lakh tourists in 2017 alone, Ooty Lake has proved to be invaluable in securing Ooty’s current economic state. Yet, with the vast influx of sewage water, waste, and muck into the lake, its name has become almost synonymous, among the local citizens, with that of a cesspool. Thus, the Award participants of Good Shepherd International School found it thoroughly imperative for some form of ownership to be inculcated within the primary stakeholders for the condition of the lake: the citizens themselves. 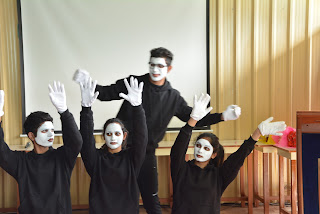 To further strengthen their initiative, they collaborated with 18 other schools of the town, each school putting up a performance for ten minutes, with regard to water sanitation. To also broaden the expanse of the students’ creativity, the schools produced on canvas their interpretations of ‘Ootopia’, how the town could be the true epitome of ecological stability while also basking in the splendour of its cultural significance.  Click here for more pictures
Posted by The International Award for Young People at 5/16/2018 07:14:00 pm