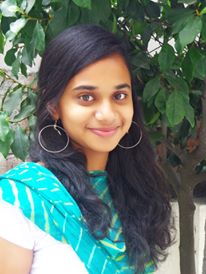 Sukanya Shukla, a Gold participant from The Scindia School, Gwalior is sharing her Award journey with us.
Back in 2014 when our team was returning from a cycling expedition (and thus, successfully fulfilling one of the criteria of the IAYP Silver Award), my teacher coordinator asked me about how the entire seven days journey had been for me. Extremely excited to answer that question, I described all that I had enjoyed doing. When I was done, she asked me if I had learnt anything on this trip. That’s when I realised that my IAYP journey was more than just enjoyment. It was about exploring, learning and understanding the true meaning of this award. As soon as I realised this, my Gold Award journey became astonishingly interesting. Earlier I only enjoyed IAYP, but now I began understanding it as well.
My Gold Award journey began right after I received my Silver Award. It began with me continuing to do pistol shooting, which I had already been doing consistently for two consecutive years. Every day that I spent in the shooting range brought me closer to understanding the true meaning of discipline in life. I understood what people meant when they said that sometimes you meditate while you work. When I realized this, shooting to me was no longer just a sport that I had started practicing for an hour and a half each day. I had also been working in my school’s papier-mâché department, which was not only a useful and fun skill that I acquired, but also enhanced my creativity. It was an amazing feeling to create things with my hands, without having to worry if I was doing everything correctly. Every idea and every creation was welcomed. This atmosphere of openness in the papier-mâché department was a blessing as all us who worked there; we never felt restricted from making anything.
I also took classes in a blind people's home in my city but, surprisingly enough, I think it was I who learnt a lot in that one hour class. The one thing that was common amongst everyone in the blind home was that they never considered their lack of sight a disability. None of them ever hoped for any sympathy or pity from anyone and each person there was enjoying life as best as they could. It was a pleasure interacting with them.


I also took part in an expedition in the Spiti region for the duration of fifteen days, where we worked together to build a greenhouse. We were told that this greenhouse not only served as a great source of income for the local family, for whom we made it, but it also allowed them to grow vegetables during the winters when there is minimal sunlight in the mountains. We cooked our own breakfast and lunch and whoever took to kitchen duty, realised how difficult it was to cook food for thirty people. After eight days of hard work we were finally able to build a decent greenhouse for one of the local families. We also trekked to a lot of places around the same region, home-stayed with local families and enjoyed experiencing their culture. Before we began the expedition, we were told about the rules of trekking in the forest and the different things that we should take special care of while staying in the houses of our host families. It was a memorable expedition which gave us an opportunity to observe the mountains and their culture closely and learn so much from it.
Immediately after the month of April, my teacher coordinator finally gave me the news that I will be receiving my Gold Award on 14th July 2016. I feel satisfied and proud to have successfully completed all that was required to qualify for the Award. But most importantly, I am also extremely thankful to IAYP for giving me the opportunity to explore and learn. I realise that all the social work that we did, helped the people for whom we did it, but most importantly, it shaped us to become better human beings. The entire IAYP journey was truly an extraordinary one and contributed in shaping my growth as a person. Click here for pictures...
Posted by The International Award for Young People at 7/06/2016 06:24:00 pm