‘Prepare for joyous, nerve-shedding, ludicrous drama as Brazil’s carnival begins’ was the heading given to an article in Telegraph UK by reputed football journalist Paul Hayward. The above mentioned feelings for FIFA World Cup 2014 are no different in India, for next one month late night television viewing is a must, football jerseys will become part of the social dress code and those kids who don’t want to become Sachin, Ganguly or Dravid would one day want to become Ronaldo or Messi when they grow up. Football is the highest growing sport in India right now, which is actually a huge thing when you realize it’s difficult for any sport to grow in our cricket worshipping country. 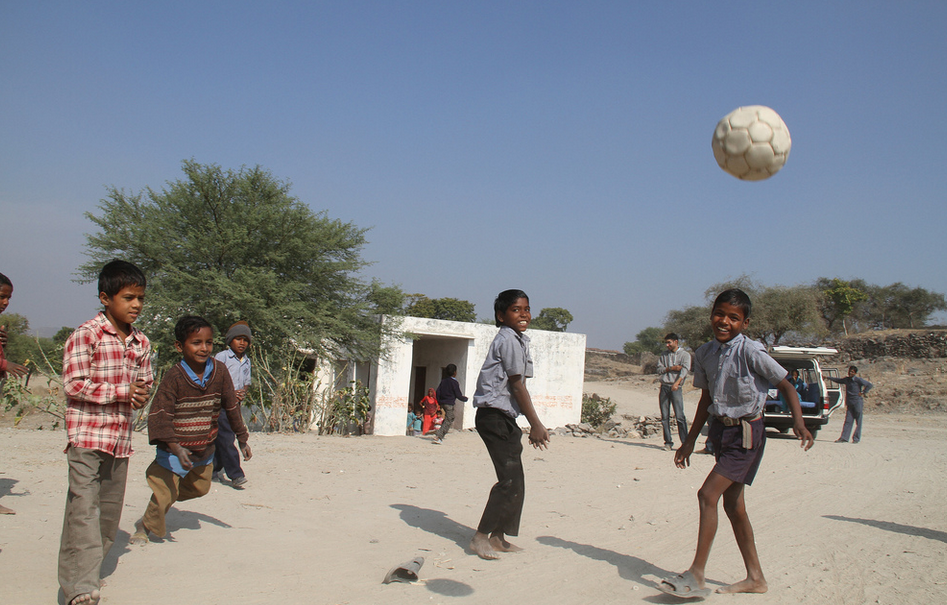 While the legacy of the Award is to engage young people in meaningful activity, it is the legacy of the World Cup that brings youth of a country together and to connect. With Physical Recreation being one of the three pillars of the Award Programme and one of the most important domains for non-classroom education, it is through sports our youth can learn about leadership, team-spirit, hard-work etc. while achieving physical well being.

India & World Cup
India is ranked 154th in the world. India almost participated in the World Cup in 1950, coincidentally also hosted by Brazil, but had to withdraw because Indian footballers were not allowed to play barefoot. The 1950s and early 60s are perhaps the golden age of Indian football: India won gold at the inaugural Asian Games in 1951, won it again in 1962, and finished fourth in 1956 Melbourne Olympics. It is in 2017 that India will be organizing FIFA U-17 World Cup.

Connecting young people
National Director Kapil Bhalla believes, “sports is one of the most important tool for transforming our youth and there by transforming out society. As the football fever grips the nation, I am sure we will see a rise in number of participants choosing football as their Physical recreation activity.”

According to Programme Manager (International Award for Young People India) Bivujit Mukhoty, “the World Cup is a platform to make the youth understand the importance of a recreational activity in their life. There are players from very humble background who attract million eyeballs every time they step on to the football all because they chose sports to empower themselves.”