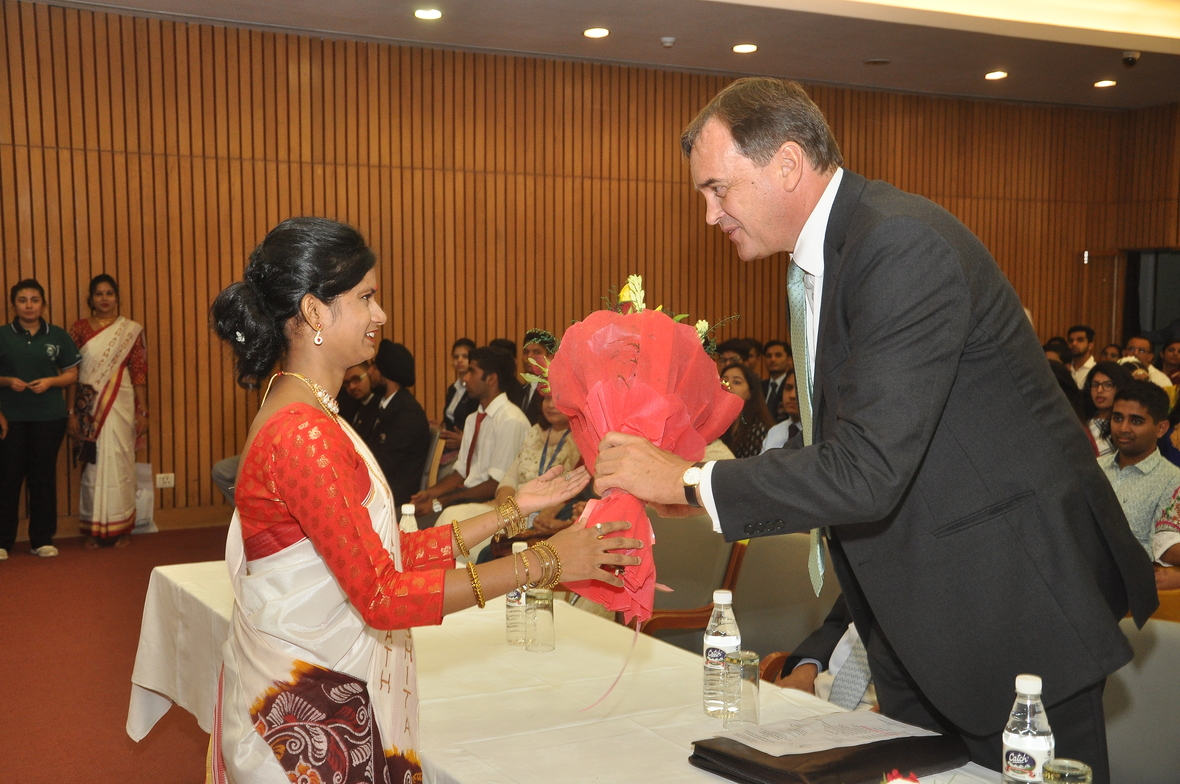 The annual Gold Award Ceremony was organised on 10th July 2018 at the India International Centre, New Delhi. The National Award Authority (NAA) took immense pride in felicitating the Gold Award Achivers, Award Leaders and Volunteers. Eighty-two Award participants were selected for the recognition at this ceremony, and fifty-eight participants attended the ceremony to receive their Gold Award. This Gold Award ceremony is dedicated to appreciating the milestones and the commitment of each participant. The day was dedicated to celebrate, enjoy and cherish their achievements with friends, family and the IAYP team.

We were privileged to have His Excellency Honourable Sir Dominic Asquith KCMG, United Kingdom’s High Commissioner, to grace the occasion as the Chief Guest and felicitate the Gold Awardees and Award Leaders.

National Director Kapil Bhalla addressed the audience, sharing information about the progress of the Award. He outlined future plans that have been designed to spread the Award Programme to untouched areas of the country. Kapil Bhalla also highlighted the achievements of the Gender Diversity and Empowerment Project run by IAYP India under ISPG Grant.

The National Director's speech was followed by the Award Presentation Ceremony where the Chief Guest His Excellency Honourable Sir Dominic Asquith KCMG handed the Gold Certificates to the Gold Award achievers. In addition, thirty-six Award Leaders and Volunteers were recognised with the Outstanding, Voluntary and Special Service Meritorious Certificates.

The Chief Guest congratulated all the Awardees and Award Leaders for their success. He also shared his life experiences with the audience and welcomed the Gold Award Holders to the United Kingdom for their higher education and promised support for this on behalf of the British High Commission, India.

Himmat Kalsia, Trustee Chairman, Award Programme Foundation proposed the vote of thanks at the end of the ceremony.

The IAYP thank the Chief Guest, Award Holders, Award Leaders, Principals, Directors, Parents, Grand Parents, Guardians and our Trustees for being there to make this Gold Award Ceremony a success. For Gold Award Ceremony pictures, please click here.
Posted by The International Award for Young People at 7/12/2018 12:05:00 pm