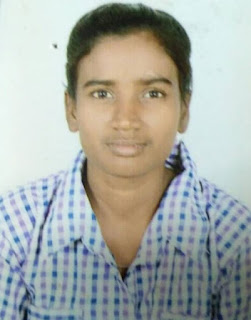 Rani comes from a small village, Nautandi, near Telco Town, Jamshedpur. Rani’s father Dal Gobinda Ravidas is a farmer and mother Reboti Ravidas is a housewife. Rani is the fourth daughter out of the seven children: five daughters, and two sons. Rani’s sisters married long ago, but Rani refused to marry so that she could complete her studies and fulfill her passion of playing football.

Rani’s love for football started when she was only 10 years old. She started playing football with the boys of her locality. The people of her village did not accept it and questioned how a girl could play football. Rani’s family also worried about her passion, but her mother knew that she is different than other girls and encouraged her to play the game. Her mother told her to “be a good player, be a big personality." Rani's only encouragement was her mother's inspiration. Her mother might not have heard the expression “Women empowerment” but she felt it and expressed it completely. This was a big support for Rani and she decided to do what she wants to do. She started practicing football’s cut and throw every day, and that has made all the difference. She says, “From the very beginning I was quite determined that if I chose a correct and a rational path the others around me would have to change, not I.”

She completed her Matric from Manav Vikas High School in 2012. Nautandi, her village is very far from the school and is not connected to the metallic road. Despite the many difficulties Rani faced, she was very regular at school, her motivation being to complete her studies and practice football.

Rani enrolled in the Award programme in 2010 for the Bronze Level. She successfully achieved the Bronze and has now started her Gold Award journey. Currently, she is studying for her under-grad at Graduate College in Jamshedpur.

Rani looks like a very easy going village girl, but she has a spark. She did not compromise her passion to poverty, illiteracy, and superstitions. She has a very strong will power. Rani’s iron will and mental toughness characterise her. One day, during her under-grad course, she set off to Dibrugarh for the Inter-University Women Football Competition. During the competition she got the news that her mother had fallen seriously ill and was asking her to come back home to be with her during her last few hours. Rani knew that if she stayed back, her team would lose the match. She took her mother's permission and blessings and went for the match. As she reached Dibrugarh the next day, she got the news of her mother’s demise. This was the saddest moment in her life. But this brave girl gathered courage and played her best. The Jharkhand Women Team won the match. Rani says, “I played with only one thought, that I have promised my mother that we will win. I have to give my best to win the match and I did so.”

Rani is a very busy footballer. She has represented her university and state in different competitions. Everyone knows that if Rani is on the team, the Jharkhand’s Women Football team would be the winning side. Rani is now preparing herself for the upcoming Federation Cup.

Rani has become a role model for girls in her village Nautandi, and she is now called Football Rani (Queen).
Posted by The International Award for Young People at 5/10/2017 02:57:00 pm